I gazed at the calendar and visualized the months gone by, tracing the path from where I lay, dozing in my hammock in the Rwandan rainforest, to where I’d begun some two months ago in the bustling capital of Dar Es Salaam. I allowed my thoughts to wander the sinuous back alleys of memory, jumping from national park to national park: Dancing with mambas in Udzungwa, hypothermia in the relentless rains atop Mt. Meru, walking in the paw-prints of lions before being detained by rangers in Katavi and an endless march of days fading into obscurity. Sometimes commemorated with a photo, but more often than not just a pencil-thin sketch scrubbed clean by the ebb and flow of each new day. These were places where angst and fear were but pinpricks, felt beneath a blanket of security, the knowledge that safety though at times fraught with uncertainty, was never wholly out of reach. Now, that threadbare blanket had worn through and I could feel the rising dread. It had a pulse, and it was racing…

The waking hours preceding the Congo were a shadow-theatre played in the back of my brain. Stripped of detail, they were the silhouettes of a brighter day on the horizon. And now, as I lay curled up with the last of the sun’s vanishing rays, I am suddenly drowned in a deluge of emotion, a cocktail of adrenaline-fuelled anxiety and wild, waking dreams that burns with a chemical fire brighter than the proverbial midnight oil. I still had the option to back down; it was the sliver of a possibility, one shaved thinner and thinner by the ticking clock, and yet it was also the kind of opportunity to which I knew I would never avail myself. It wasn’t pride or the need to prove myself, but rather the strength of the current my actions and emotions had engendered.  I opened a family album, and hoped to fortify my resolve or at least rally my spirits but was greeted only by a gallery of disapproval. The imaginary voices beseeched, and implored and when I remained resolute, their chorus of complaints finally gave way to condemnation. I closed the album with a sigh. I hadn’t told anyone that tomorrow I crossover to the Congo, a decision that weighed heavily even as I waded beyond the shores of what had been the comfortable unknown in Rwanda and Tanzania. Now those shallows were ceding to the fathomless depths where the silhouettes of deepwater threats swam below. In the Congo I would be a minnow, just trying to keep ahead of the maw. Out the window, a yawning darkness; a black canvas for shadowy thoughts painted in with doubt and misgivings. I longed for the light, yet quailed at the day it would usher in. I closed my eyes and stared at the image seared into my consciousness, Nyiragongo volcano. 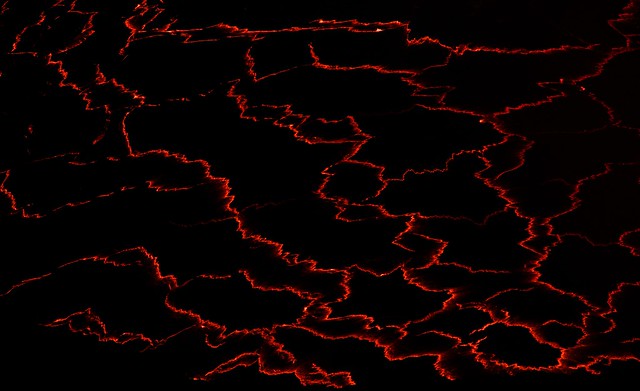 Waking or asleep the Congo loomed large. In truth, I felt I was already there.

The following hours of packing, preparing and heading to the border were a hazy memory even as I lived them. A quirky distortion of time which squeezed the seconds from the minutes and wrung the minutes from the hours. All the while my heart beat set the swing of the pendulum.

“Certificat fièvre jaune”. “What?” I was suddenly brought out of my reverie. “Yellow fever card”, the border woman repeated. I stayed the tremor in my hand as I checked my pockets for the card. Although most countries officially require documentation of a yellow fever vaccination, it is rarely if ever enforced, the Congo is the exception. Here the rules have become an extension of corruption, a perversion by which money can be extorted. No card would entail the largest fine (upwards of $200 for a noviciate of the Congo) whilst an out of date vaccination would mean a fine, whose final amount would be determined by my bargaining skills under duress. Either option would invite further scrutiny of my entrance documents with additional penalties, real or imagined. The unrivalled number of UN officials and NGOs based in the Congo, “frequent flyers” across the border has translated into a lucrative opportunity for graft, in this case, literally the official stamp of the Congo. “Yellow fever card”, the woman insisted. I hesitated, then with what I hoped was an inaudible gulp I handed over my forged yellow fever card. The certificate, valid for 10 years, would as chance have it expired two days ago. Caught in a lie, I could only imagine what penalty I would be subject to. The seconds quickened, the calm was breaking, I was entering the Congo… 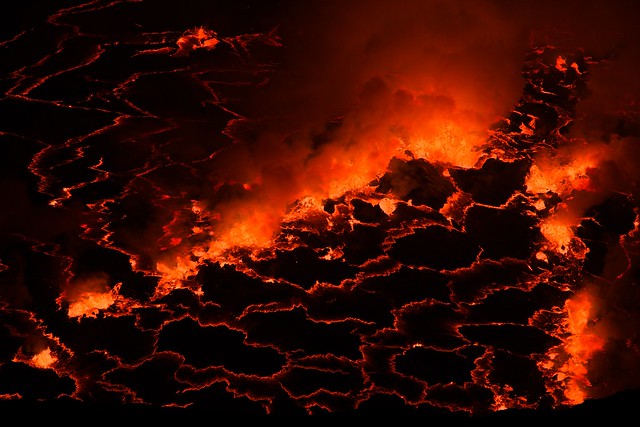